I noticed that many people have read my earlier post "A Stock Market Crash is not coming, yet...".

Let me expand on that thought and explain a little bit more.

I have said earlier that markets are rigged!!!

Nothing seems to be able to bring the markets down!!!

Terrorism in Germany: Past terror attacks and plots - markets go UP!

It certainly feels like "good news is good news, and, bad news is even better news"!!! Markets will just not take NO for an answer.

I am sure you can think of many more events that should have brought down the markets but have, instead, propelled the markets higher...even setting new record highs!!!

The US and European markets are currently trading at or near record highs.

I think Tokyo and Hongkong are not doing too badly either.

But, do you feel bullish?

I am sure many people are holding on to stocks that are currently trading near historical lows. Just to give you an example, take a look at Noble, 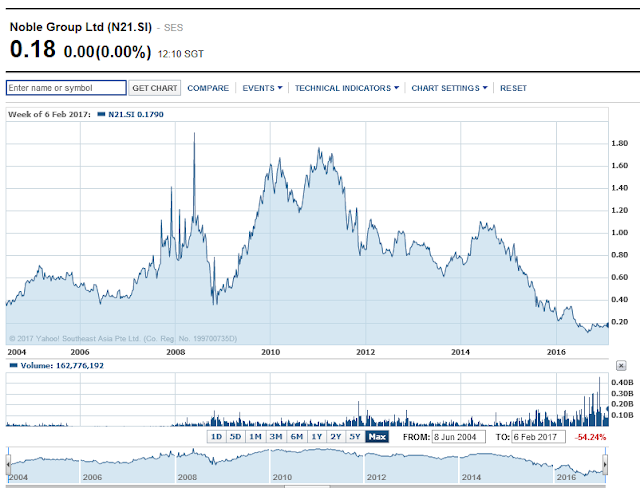 So, what does it take to cause a Stock Market Crash?

A Stock Market Crash is ENGINEERED (or PLANNED)!!!

THE FED MUST START TO RAISE RATES!!!