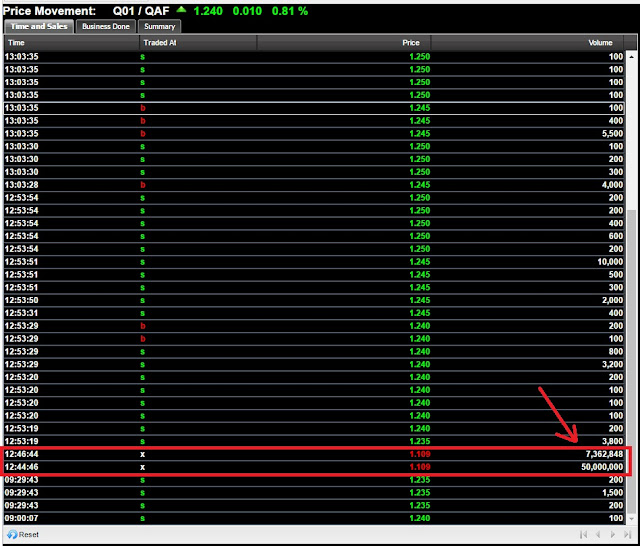 And, according to the records of QAF on SGX's StockFacts, the Salim Group owns EXACTLY 57,362,848 QAF shares,

Previously, it was reported that Mr Lin Kejian, the incoming joint-Group Managing Director of QAF, has been granted an Option to purchase 47,877,758 QAF shares from Mr Didi Dawis, Chairman of QAF Limited, for S$55 million, or S$1.148 per share.

If the Salim's stake (under Mr Anthoni Salim) of 57,362,848 shares is sold back (again) to Mr Andree Halim (currently the BIGGEST shareholder of QAF) and/or his son Mr Lin Kejian, this will certainly raise the probability that QAF will be taken private.