My thought on the Alibaba.com IPO

Alibaba.com will be IPOed and listed this month, September, 2014.

As reported, Alibaba accounted for about 80% of online business in China and its size is twice that of Amazon.

Naturally, and understandably, people will start, or has already started, to think that EVERYTHING will be done online!

In the past, I have written about the US Economy and I used the example of an economy comprising of a Father, a Mother and a Son to illustrate that an economy based on the Service Industry will not work, 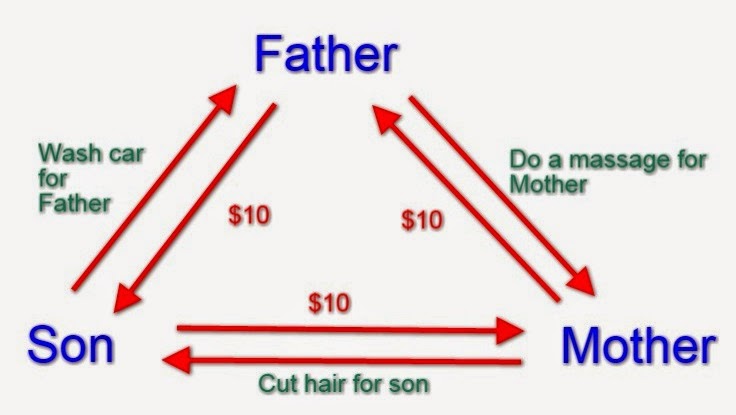 In this example, the Son washes the car for his father, and the father paid the son $10.

The Son uses the $10 income to get his hair cut by his Mother and paid his mother $10.

Then, the Mother receives a massage from the Father and paid him $10.

The Father, Mother and the Son have to eat, and where are they going to get the money to pay for the Bacon at Walmart???

My point is, if EVERYBODY does everything online, where is EVERYBODY going to get the money to pay for the goods purchased online???

So, don't be so naive to think that Alibaba.com is going to rule the world and that EVERYTHING will be done online to the exclusion of everything else!
at 9/06/2014 10:23:00 AM
Labels: Alibaba.com, Random Thoughts
Newer Post Older Post Home