Yesterday, I said the following at the TPG Forum,

I further said the following, 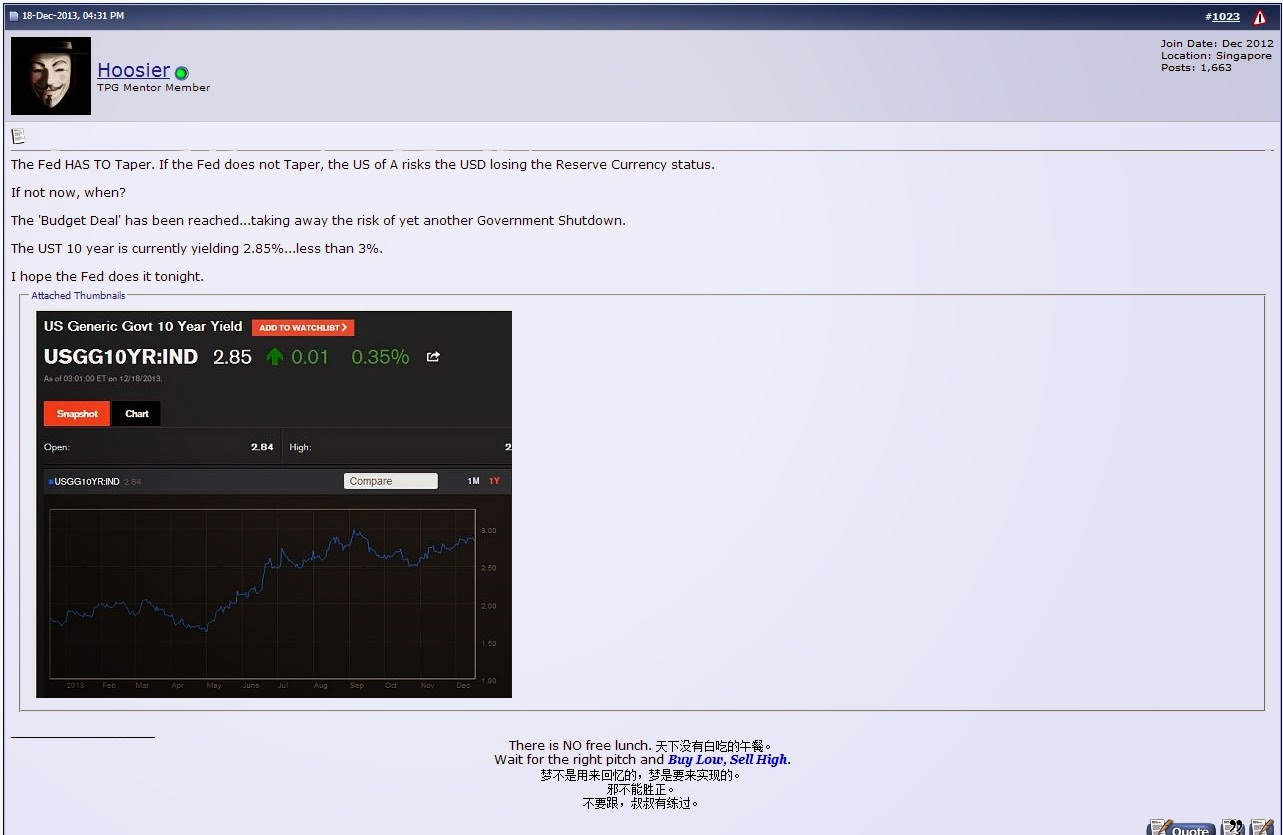 Finally, the Fed decided to Taper (see story) and the Dow gained 292 points, 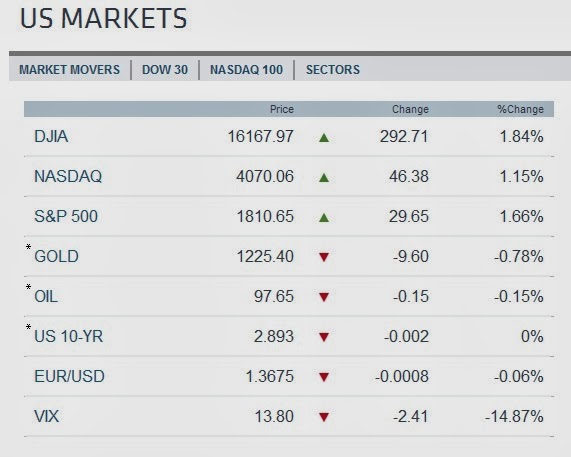 I think the giveaway that the Fed would Taper was because it was the last meeting held by Bernanke as the Chairman of the Fed. Bernanke had to taper to show the World that he was a 'responsible' Fed Chairman.

I studied Economics, as a Minor, at Indiana University (IU) at Bloomington, Indiana, USA, about 30 years ago. One of the most challenging classes was that by Professor Elmus Wicker.

I attend the first course by Professor Wicker, I believed it was called "Money, Income and Employment", and it was an eye-opener. That was the time when I first came across the term "Fed Watcher".

Professor Wicker told us that he used to teach a class of Scholars. He said that at the start of the class, he would address his students, "Good morning, Scholars". I think he was trying to tell us that we were good for nothing...HAHAHA.

Anyways, he class was really tough and although the exams were all in Multiple Choice format, I only got a "B-".

A Singaporean friend of mine (also studying at IU) used to show off to me that he got a GPA of 4.0 (meaning he got all As in all of his classes). I challenged him to take a class by Professor Wicker. He didn't take up my challenge even after I had graduated. But, I heard that he later earned a Phd and was probably teaching (I had also challenged other Singaporean friends to take the class of Professor Wicker and none took up my challenge).

Although I do not have a Phd, but I think I am better than him...because I dare to take the class by Professor Wicker.

I went on to take another class by Professor Wicker as a challenge. The exams were all in written form. The questions were a 1 or 2 liners and I had to write the answers in 3 to 5 pages. And, I got a "B+" for the second course.

I would like to thank Professor Wicker for his guidance and I believe I have unknowingly become a "Fed Watcher". And, I don't think I have let him down...I believe I am quite a good "Fed Watcher" although I don't appear on CNBC...HAHAHAHAHAHA.
at 12/19/2013 09:43:00 AM
Labels: CNBC, Fed, Random Thoughts
Newer Post Older Post Home